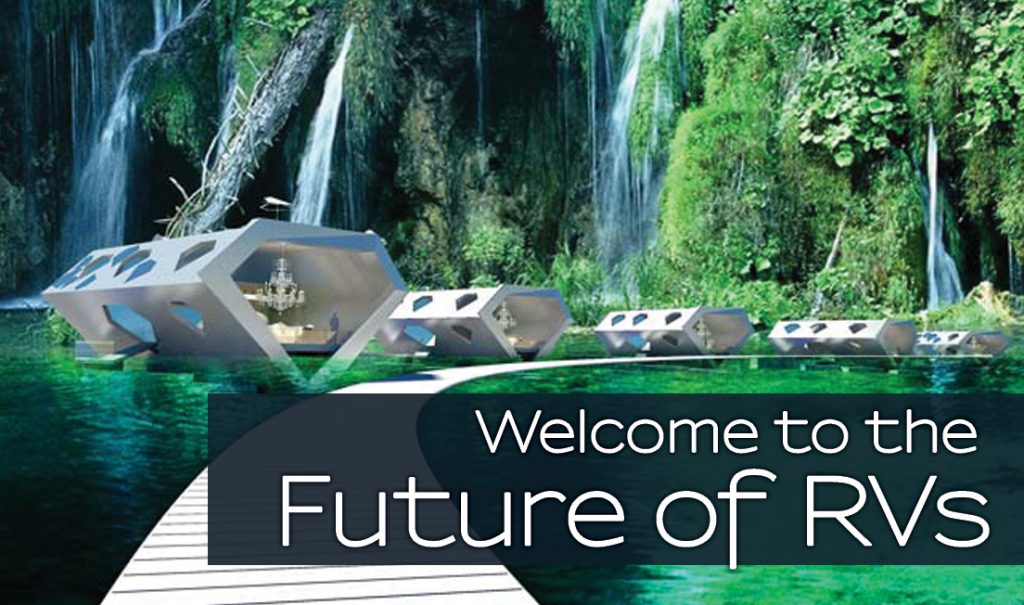 Welcome to the Future of RVs(German RV & Newzealand)

We’ve become so used to change. We have come to demand it. Every year our phones up the ante. There’s always a new restaurant with cuisine from somewhere far away and exotic. Newspapers used to be made of actual paper!

Whether you race toward the novelty of the new, or cling to the comfort of the past, change is coming. Especially to RVs: think of all that’s already come to pass. From built-in outdoor kitchens to back-up cameras to solar panels to phone controlled LED lighting, just in the last ten years, RVs have become more comfortable, convenient and efficient.

So, while we can’t predict the future, we can show you a few versions of what might be coming next. 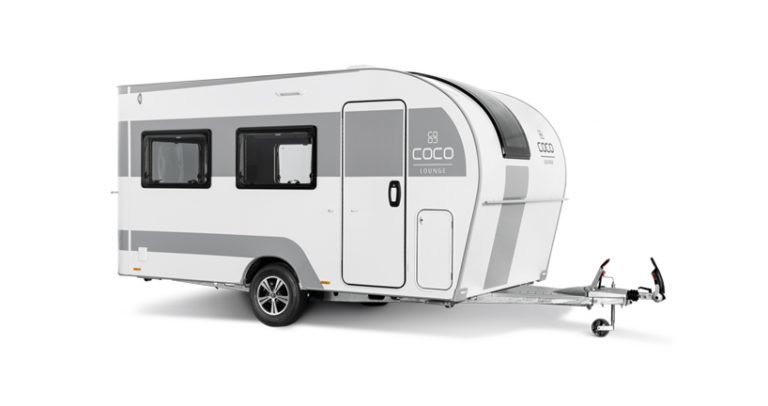 German RV manufacturer Dethleffs has come up with a new trailer concept built for electric cars. The COCO camper was unveiled as a concept, featuring its own battery pack, electric motors, and solar panels to reduce the load on the vehicle towing it.

In 2017, German RV manufacturer Dethleffs debuted the highly experimental, solar panel-wrapped e.home Class C Motor Home. The e.home was never meant to go into production, having a range of only 100-174 miles. But as a proof-of-concept, it was impressive. 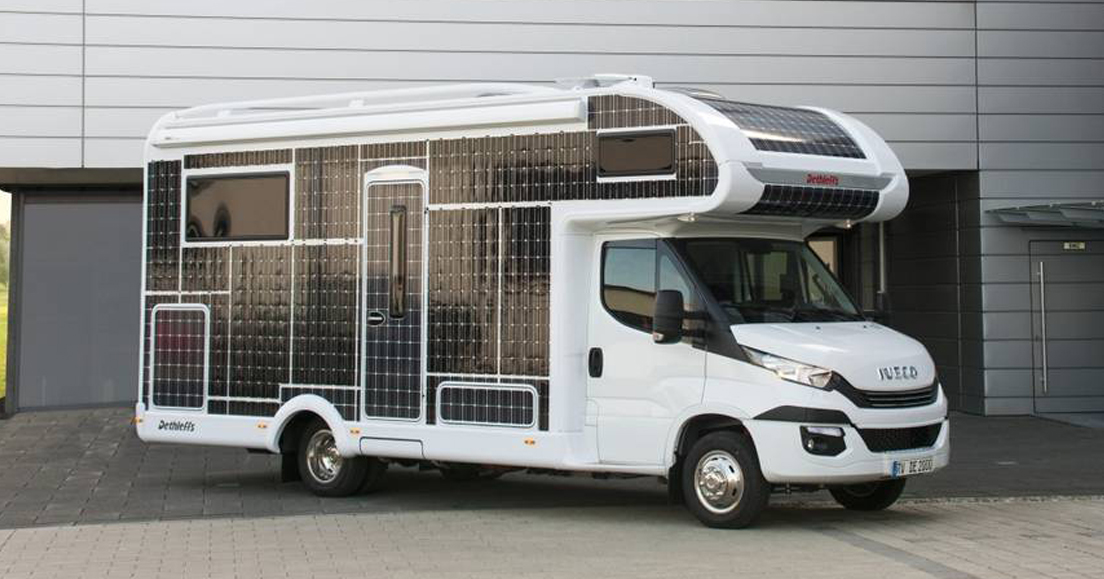 This year the innovative e-camper has been rebuilt as a feasible trailer that is 100% electric. The COCO camper uses a floor-mounted lithium battery, rooftop solar panels, and a dual-motor axle instead of a regular tow package.

The company says that adding electric motive power will decrease the towing demands of the e-camper and make handling better while driving. The 80-kWh battery pack sends power to the electrified axle, essentially making the camper spin its own wheels and cutting down the tow load on your vehicle.

Since each wheel is independently powered on two axles, it is hoped users will be able to park the camper on its own without a vehicle, instead using a phone app. That could be useful in tighter spaces due to better visibility on the outside of the trailer.

They also plan for the battery pack to be used as a home energy storage system, which is not only ideal during those months the e-camper is not in use, but also to provide power during camping for things like heating, cooling, and cooking.

The Caravanboat by German RV 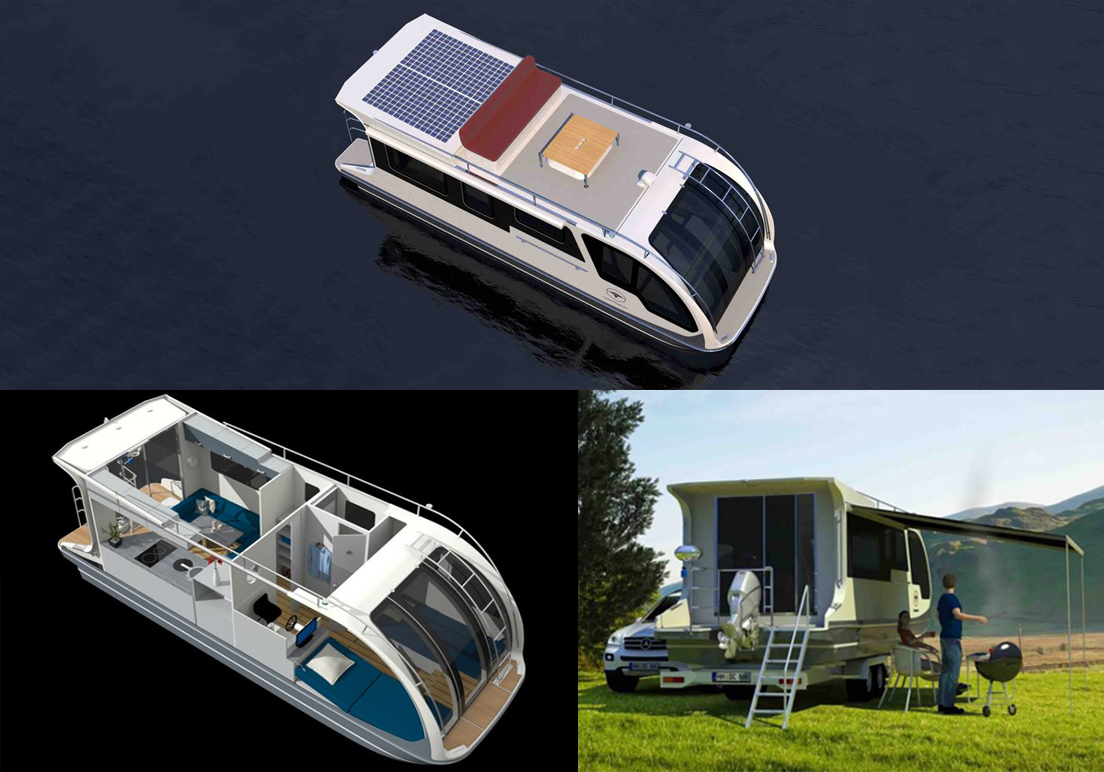 Another innovation out of Germany is the Caravanboat, which is, as you’d imagine, both a Trailer and a Yacht. Called Departure One, the 30-foot long trailer is constructed using a seawater resistant aluminum hull offering multiple opportunities for use both ashore and on the water.

Able to sleep 4, the Caravanboat has all the basic amenities of a standard trailer—shower, sink, microwave, fridge, stove top, and storage—but with the addition of a rooftop terrace, solar panels, and stunning panoramic views.

The captain’s wheel is located on the starboard side of the front sleeping area with little or no port visibility. While that design flaw might limit this unique Trailer from being approved for U.S. use, we have to admit: the Pacific Northwest would be the perfect place to try out an alternative version of such a fun, amphibious craft. 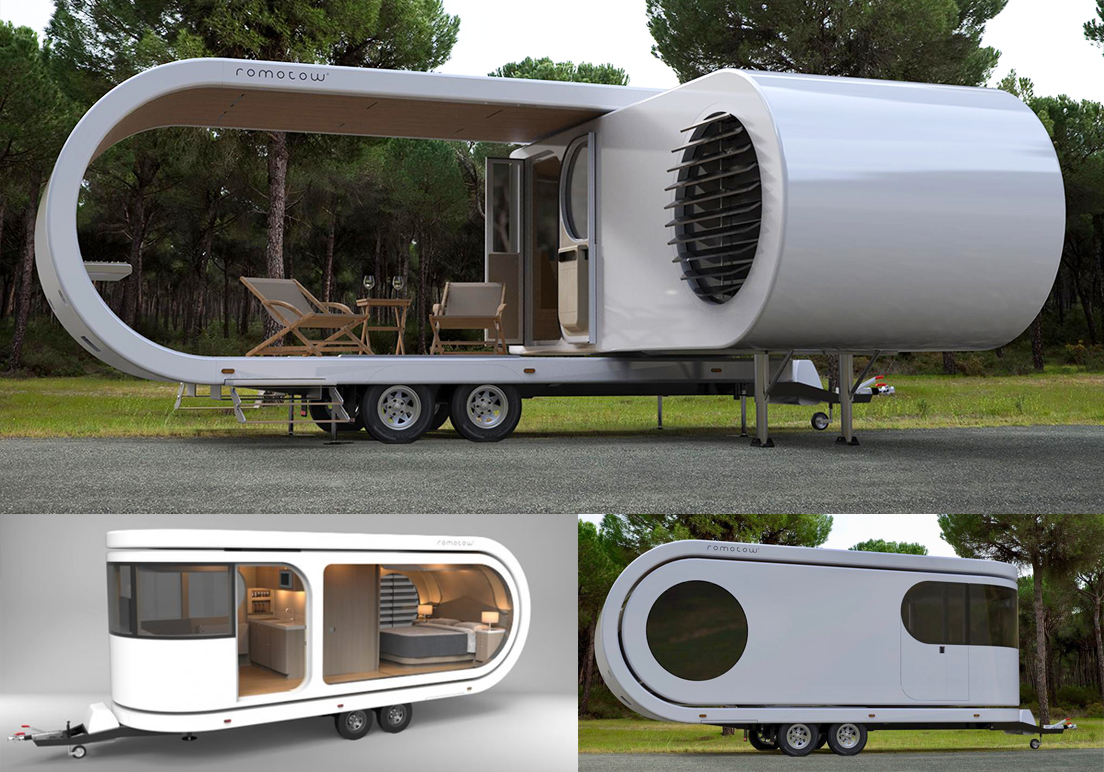 The Romotow is a former concept RV from New Zealand that is now, finally, in production. First shown in 2012 by the architectural and interior design firm W2, the Romotow uses a swiveling, carbon-fiber chassis to provide up to 70% more floor area for campers than boxy standard designs. The carbon-fiber chassis also means that it will weigh 1/4th of a steel trailer, and never have issues with rust.

There are solar panels and an exterior cook station as well.

But that these are not what makes the Romotow so appealing. The beautiful rounded shapes, the huge windows and open design lets you have a spacious, outdoor adventure. The hosting area is both sculptural and protective for lovely outdoor living.

To sum it all up, the future is going to bring us better RVs than ever. Lighter weight, strong materials will make towing easier. Electric motors and solar power innovations will mean quieter, cleaner trips into the wild. Greater versatility in RV design may take us places RVs have never been. We’ll no doubt see more smart features that make RVing handling easier and more efficient.

As for the rest, well, only you can tell us. Inventors across the globe are stretching the limits of what’s possible, but only you—families with kids, couples, camping or just roving the country—can tell us what is preferable. What works for you? Let us know what you think. You can contact us at www.poulsborv.com/contact-us. We’re always delighted to hear from you. 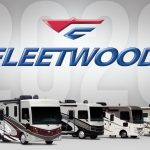 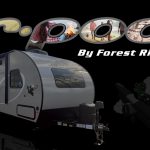 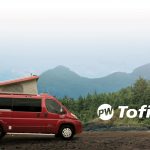 no thanks, i'm good